The Compass  /  Grooming  /  Upgrade to Your Best Shave

Upgrade to Your Best Shave 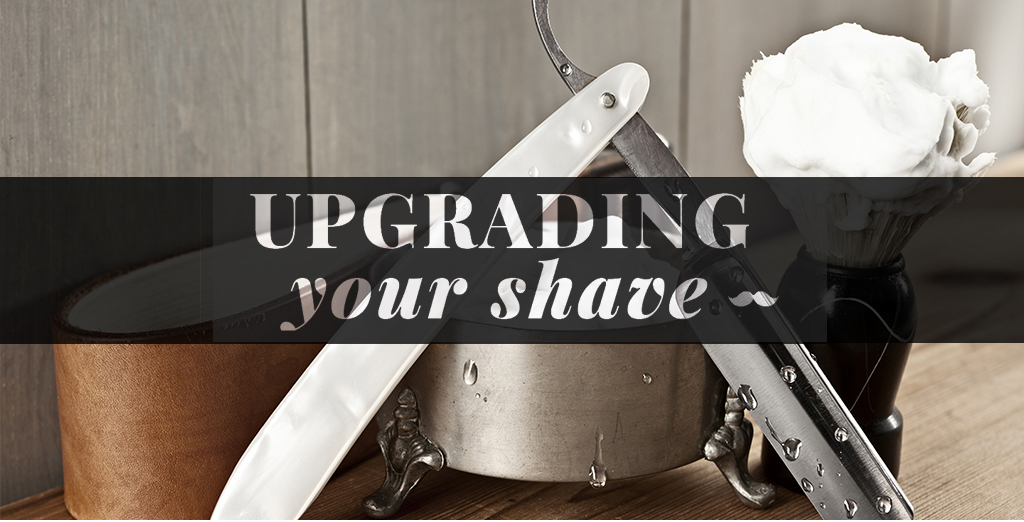 According to Gilette, 106 million Americans shave nearly every day. And if you’re like most guys, you’ve been doing it the same way for years. It’s easy to fall into a rut and continue to do harmful things to your face because, well, that’s how you’ve always shaved. But it’s time to have your face face some facts. You’re not getting any younger and that fresh-faced young kid who first started shaving under his pop’s tutelage is not so fresh-faced anymore. Sure, you know how to shave, but everybody can use an upgrade every now and again.

Some of you are probably thinking, “I know a thing or two about shaving.” Great! But even the best shaving routines can be upgraded. We’ve highlighted some of the most common shaving practices from the “let’s just get this over with” crowd to the American Psycho style obsessives, and we’ve got an upgrade for everybody.

Most guys fit into this category. The Speed Demon just wants to get his shave done and get on with his life. His shaving routine is pretty straightforward:
Prep: He washes his face with whatever bar soap is on sale at the drug store.
Lather: He squeezes his shaving foam out of a can, quickly rubs it between his fingers and slathers it on.
Razor: Using a multi-blade cartridge razor, he takes a few swipes and he’s off.
Post: Ask him about using after shave and he’ll reply “How is that different from cologne?”

Pros: The Speed Demon definitely accomplishes his primary objective, to get his face free of hair as quickly as possible.
Cons: Aside from the beating he gives his face his wallet is taking a beating too. When you add up the cost of new cartridges and cans of shaving cream every couple of weeks, he’s investing a lot of money into a mediocre shave.

Since speed is clearly this guy’s number one priority, we’re not going to suggest he do anything that might add time to his shave (although using a good brush,  some quality shaving cream and an affordable but solid cartridge razor set would go a long way towards improving his shave). Instead, we recommend using an unscented, alcohol-free after shave like Nivea for Men Sensitive Post Shave Balm to stop razor bumps and protect and moisturize his skin. Unscented after shave balms won’t interfere with colognes and take under 10 seconds to put on. Even the speed demon can afford that kind of time. 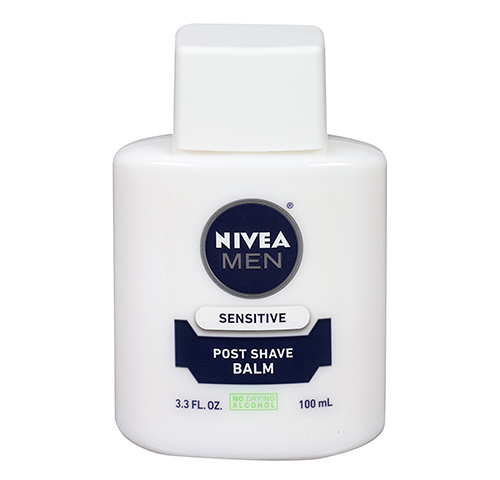 Taking care of your skin doesn’t need to take a lot of time. An after shave balm made without fragrances can literally save your skin.

This guy is part of the new generation of men who are in touch with their feelings…or just allergic to all the crap that’s in most of the shaving products you find on the rack at the drug store. So he’s customized this shaving routine to protect his fragile face:

Prep: He uses an all-natural face wash in the shower every day before taking a blade to his face.
Lather: He uses an unscented shaving cream so as not to irritate his skin.
Razor: He uses a cartridge marked “Sensitive” for his razor and uses a very light touch.
Post: After shaving he reaches for a bump fighting sensitive skin balm.

Pros: The Sensitive Guy’s methods of keeping razor bumps and breakouts at bay works quite well as long as he sticks with unscented products for sensitive skin.
Cons: The Sensitive Guy has given up on ever getting a truly close shave.

The permanent five o’clock shadow can be a good look on some guys but if you want to get a real clean shave and you’ve got sensitive skin, a cartridge razor just won’t cut it. You need to step up to the safety razor and try wet shaving. Wet shaving will give you a closer shave with less irritation because the superior single blade of a heavy safety razor like the Merkur Heavy Duty Safety Razor seen below will cut your stubble in one pass, rather than using a bunch of inferior blades and having to press on your skin. 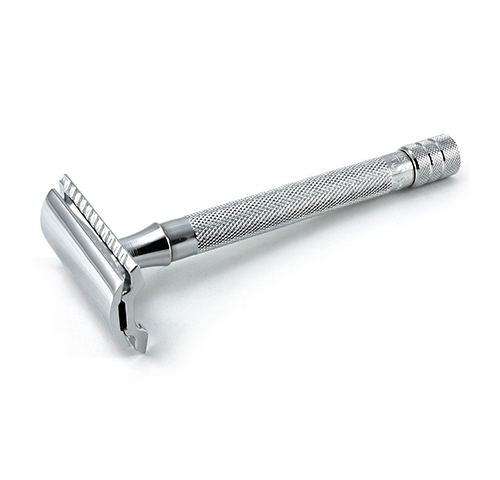 A double-edged safety razor gives you a close shave one quality blade instead of scraping up your skin with three, or even five, inferior blades.

This man has reclaimed his grandfather’s shaving technique using a good old-fashioned safety razor and some shaving soap in a mug. We have to admit this shave is pretty badass, but even this guy could use an upgrade.

Prep: He starts his shave off with a hot towel treatment after stepping out of the shower.
Lather: He takes working up a lather to new heights. With a badger hair brush that’s been soaking in hot water, he swirls soap in a mug and, after a minute, voila, a rich cream is ready to be applied.
Razor: Most Old School Gents have opted for a double-edged safety razor. Some even use a straight razor.
Post: Aftershave is synonymous with Old Spice Classic but brands like Gilbert Henry Bay Rum give the red and white bottles a run for their money with these gents.

Pros: The shave is closer than an inside pitch from Pedro Martinez. Oh yeah, and did we mention: he looks like such a badass when he’s shaving!
Cons: It can take him upwards of 10 minutes to complete a shave. Few of us have the time to shave this way everyday.

It doesn’t get much better than the Old-School Gent when it comes to getting a close shave, but one area for improvement is pre-shave. Some old-school shavers skip the pre-shave oils to avoid their added fragrances and chemicals. Others are less worried about the damage these oils can do to their faces than the damage these oils can do to their fine (and expensive) bristles on their badger hair brushes. Our rec: aside from helping your beard stand up before shaving, The Pre-Shave from Castle Forbes is oil free and water-soluble, so it won’t destroy your $200 silver tip brush. 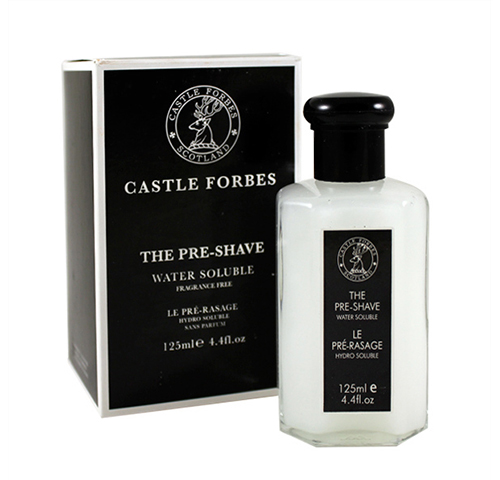 Could your shave use an upgrade? Leave a comment telling us about your routine and we’ll give you some tips.

35 thoughts on “Upgrade to Your Best Shave”