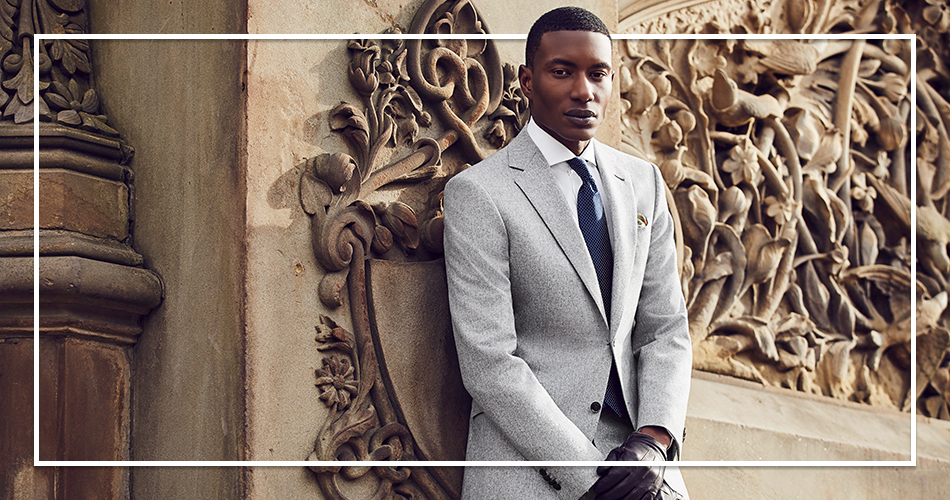 Drumroll please…the Ash Gray Flannel Custom Suit gets our ‘Look of the Year’ title for 2017. The soft flannel fabric, sourced from the famed Vitale Barberis Canonico Mill in Italy, made for the most comfortable and warmest custom suits we’ve ever.

Calvin Saunders, head of Product Development at Black Lapel, tells us, “We chose this fabric for it’s depth and drape, which is noticeable from a far—and that’s something you can’t say about most light gray suits”. We think another big reason the Ash Gray Flannel Suit, which was part of our Fall/Winter Savoy Line Collection, is because it’s so versatile. Plus, just look at this fabric: 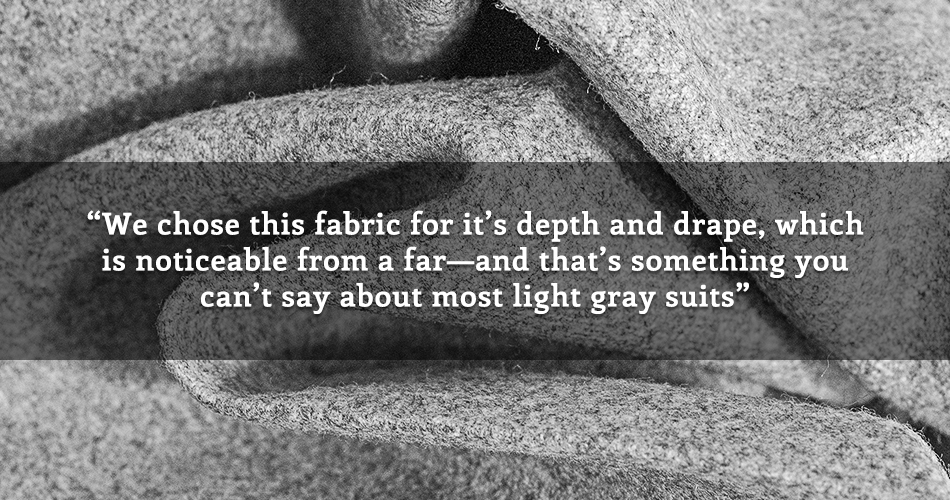 Molly Lamoureux, a Stylist in our New York office, explains that, “Light gray is a color that every man should utilize in his wardrobe. Because it’s a neutral, guys don’t have to think too hard about what to pair it with. Just treat it like a charcoal or a navy! I particularly love the Ash Gray Flannel Suit for our clientele who live in the city — it’s a perfect way to stand out in a sea of mundane dark hues. And a bonus? It’s so cozy, almost like pajamas.” Read on for more ways to wear the 2017 Look of the Year.

Ways To Wear It 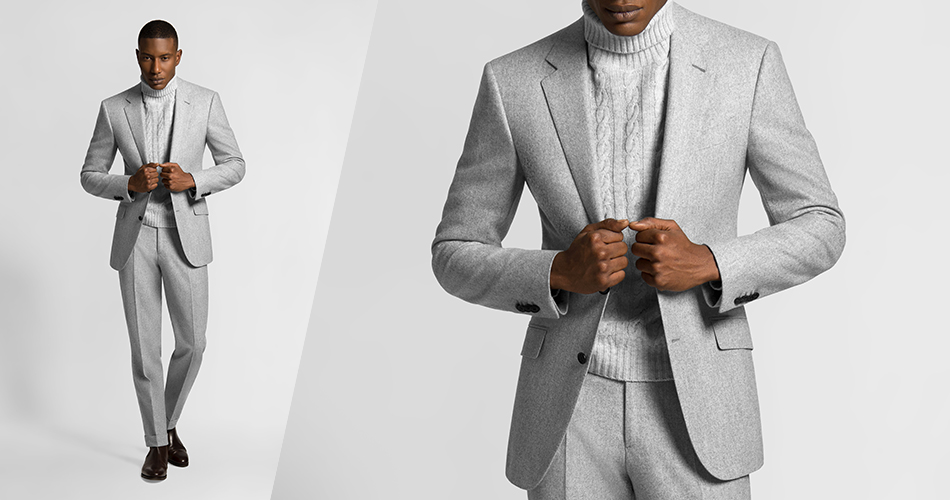 We’ve already hopped on the suit + turtleneck bandwagon and the Ash Gray Flannel Suit gives us reason to never get off. This tonal look is refreshingly cool during the colder months.

With a Suit & Tie 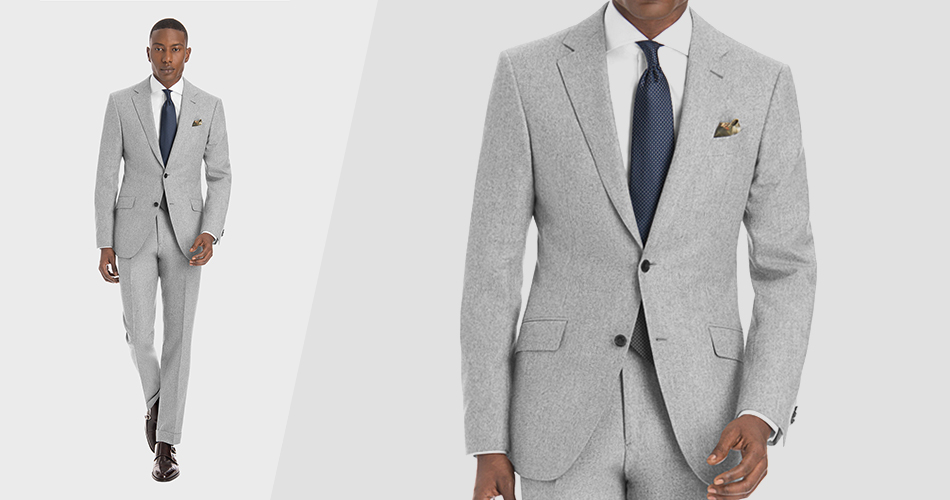 Pairing this luxurious flannel with a crisp white shirt and icy blue tie is a sophisticated style move this winter.

With Other Suit Separates 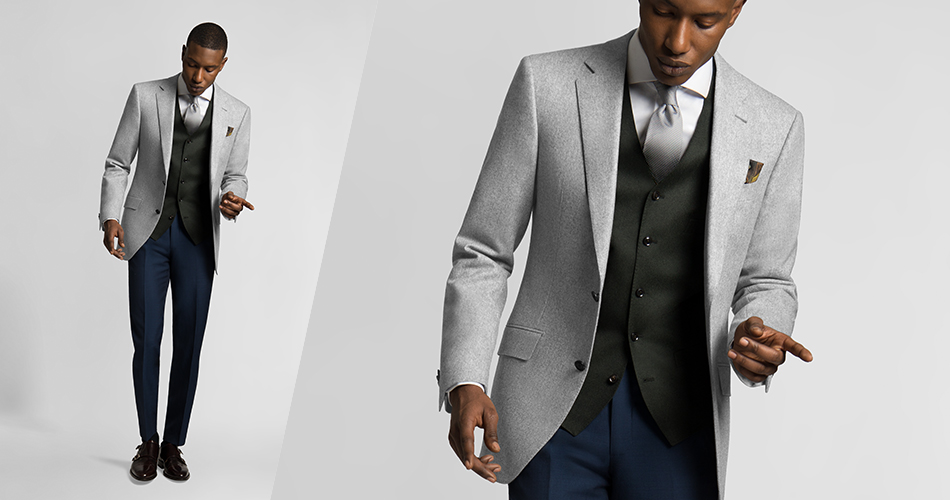 We also polled our loyal fans on Facebook to decide the Black Lapel Fan-Favorite Look of the Year from 2017. You voted, and here it is: 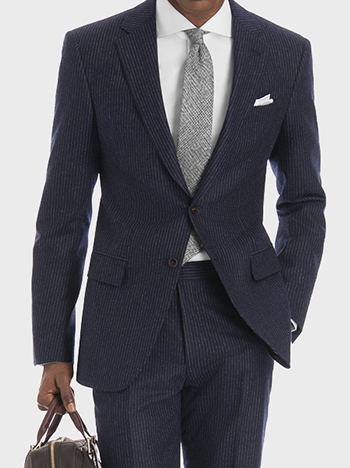 Don’t think of this as some stuffy Wall Street suit, it can be paired just as easily with a cable knit sweater. This was the first time we introduced a chalk stripe pattern into our suit lineup, and it’s safe to say it won’t be the last.