Rock Black On Black Suit Combinations Like A Graphic Designer

Black Lapel graphic designer, Howard Kyong is finishing up his latest project, making sure the proportions are just right. He takes a few steps back from his multi-monitor desk setup, squints and hold his hands up to assess how clean the lines that he just drew are.

Something else that’s cleeaaan? The black on black suit combination he’s rocking. That’s where we come in and sit down with Howard to talk about dressing like a graphic designer. 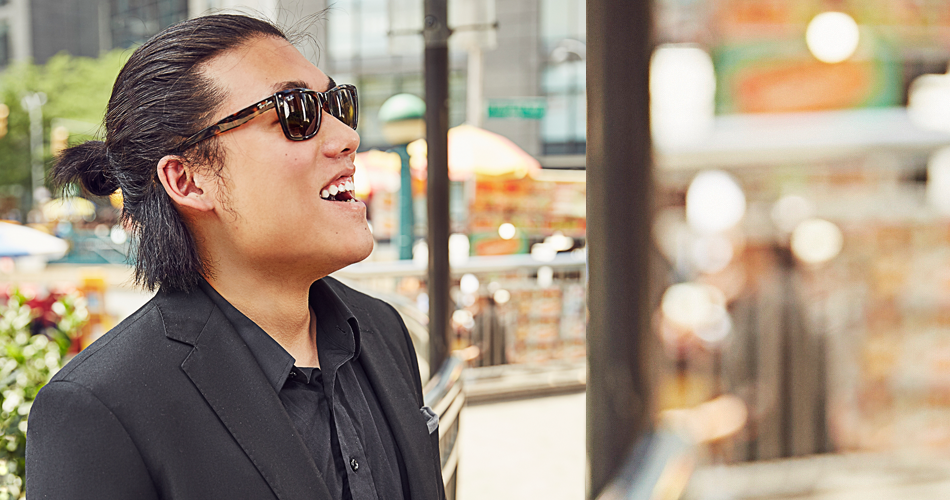 Howard went to Rhode Island School of Design, the nation’s premiere art and design school, where he studied design and illustration. His style for each craft varies. “There’s no set way that I approach projects,” he says. “I just look for balance. When you look at something, what attracts your eye?”

Unlike the creative color palettes Howard works with, the palette he’s picked to build his own style on is narrowly defined: black and white. He tells us, “I do think my designs are similar to my style. I like simple, plain types of clothes. Again, things have to balance out. Limiting color makes things cohesive.”

This is not rocket science, just sound advice, guys. Howard’s thoughts on design remind us how important proportion, cohesion, and balance are when dressing yourself.

If your go-to color is black and you aren’t sure what to do with a black suit, follow Howard’s tips below to gain you some attracting eyes. 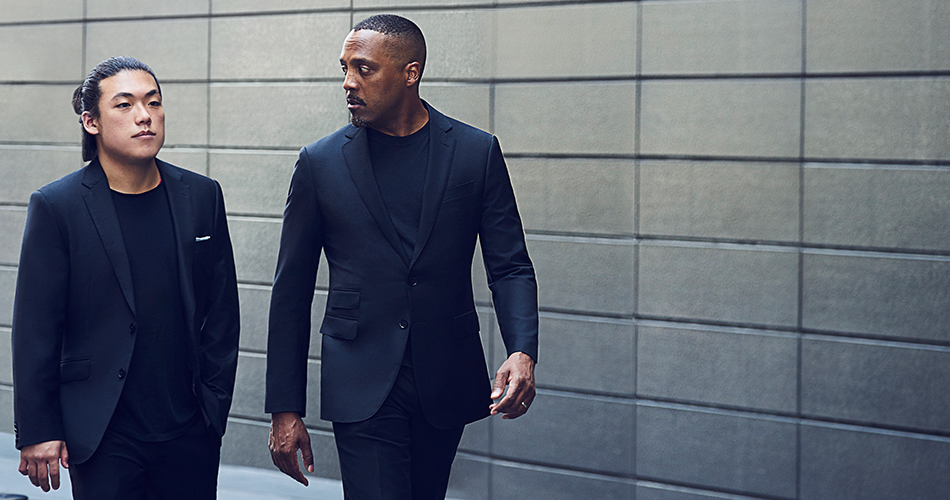 To Howard, everything is a grid. His favorite colors for that grid? Charcoal and India Ink black. Be like Howard. With a black suit, you don’t want to color outside the lines. Refine your black suit combinations by pairing a simple black tee or sweater with the suit. Black on black is foolproof, but charcoal is another acceptable color to work into your grid. See how Howard mixes charcoal into his black suit, black shirt combination below. 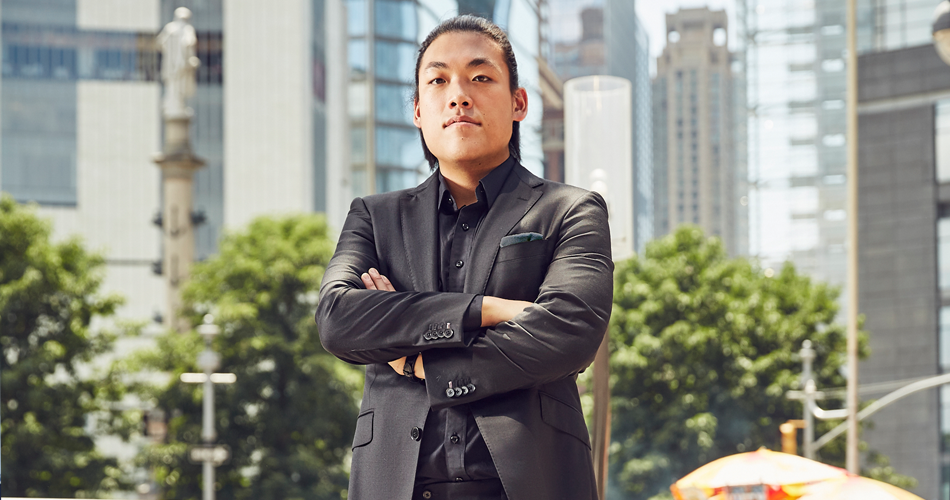 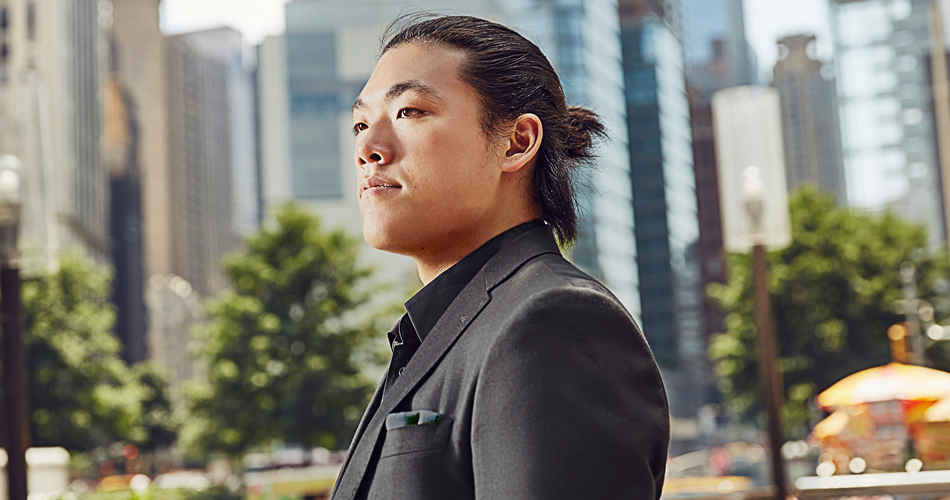 Though Howard builds some outfits based on a black and white palette, he knows that’s not the sleekest way to style a black suit. “I like minimalism. I find that I sometimes make things too cluttered, so then I just start taking elements away.” This is golden black suit advice, guys. It’s easy to do too much with a black suit. A bright colored tie and pocket square, or almost any non-black, colored dress shirt isn’t going to get Howard’s sleek seal of approval. Tone it down, take the bright colored elements away, and keep your black suit combination simple.

Got questions for Howard about style or design? Ask away in the comments below.